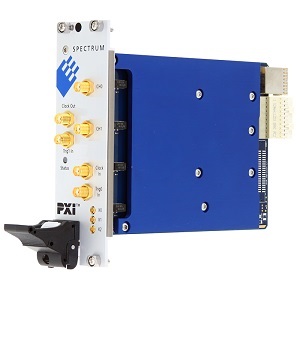 The cards of the M4i.22xx-x4 series in PXIe format have been developed for rapid data acquisition. Each input channel has its own A/D converter and its own programmable amplifier. This allows signal recording simultaneously on all channels with an 8-bit resolution without any phase delay between them. The card uses A/D converters without interleaving technology. The built-in memory allows long-term recording even with the highest sampling rates.

Simultaneous sampling on all channels

Separate ADC and amplifier per channel

Sustained streaming mode up to 1,7 GB/s